The Annual Miller County FFA Banquet was held on May 12, 2022 at the Birdsong Event Center.  The banquet is a time for the Miller County FFA Chapter to recognize its members’ accomplishments. The banquet hall was decorated in the traditional Future Farmers of America (FFA) colors of Blue and Gold.  The theme for this year’s event, “Discovering the Magic of FFA.”210 guests and members enjoyed the festivities.

The evening began with a short welcome from Taylor Mock, past president of Miller County FFA and the middle school FFA advisor.  Ms. Mock then introduced the Miller Middle School Officer Team for 2021-22 as well as the 2021-22 Miller High Officer Team.  Afterwards Graycee McNease, FFA President called the meeting to order and immediately requested the roll call of officers and members to begin. This opening ceremony entertained the crowd prior to the meal.

After roll call, Graycee McNease outlined the activities for the evening.  A silent auction was held prior to the banquet and the winners were announced at the end.

This segment was followed by the meal.  The invocation was offered by Chaplain Brody Kelley.  The delicious buffet meal was smoked chicken and pork chops with all the trimmings.  The meal was catered by Jerry’s Country Meats in Arlington.  A slide show of various FFA activities and memories were provided for the participants’ viewing pleasure while eating. “Our Year in Review” was enjoyed by all.

After the meal, the special guests were recognized by Jada Cox and Dutch Pace.

The FFA officers for 2021-22 were the program masters of ceremony. The recognition segment of the program began with the announcement of the Greenhand, Chapter, State, and American degrees.  Other recognitions such as Honorary Chapter Members, Proficiency and SAE awards were presented.

Hattie Harrison then announced the American Degree recipient.  This is the highest degree level a member can receive.  Ty Long 2021 graduate of MCHS will receive his American Degree at the national convention to be held in Indianapolis, Indiana in October of this year.  Congratulations to Ty.

Next a special recognition was undertaken.  Brandan & Laura McNease and Jamie & Kimberly Howell were presented plaques for “their love and support over the years.”  Graycee McNease and Emily Howell made the presentations.

Proficiency Awards and SAE Awards were announced.  Graycee McNease was recognized for Beef Proficiency, and Jada Cox for Swine Production.

Graycee McNease introduced the Honorary Chapter Members for 2021-22.  This is an honor bestowed on those who have assisted the Miller County FFA Chapter in various capacities.  This year’s honorees are Mandy C. Roland, Kathryn Crockett, Dr. Russ Henley, and Peyton & Lauren Payne.  Congratulations to these new honorary members.  This group was then inducted into membership.

Sandra East awarded the Jim East Memorial Scholarship to Graycee  McNease. This scholarship is provided to a deserving Miller County High School senior who has demonstrated strong character and dedication to agricultural education and the FFA.

Southern Regional welding instructor, Peyton Payne, announced his senior pathway completers.  They are all FFA members and have passed an end of pathway assessment.  They are:  Brock Godwin, Omar Cruz, Christopher Durham, and Samuel Spence.

The 2022-23 middle school and high school officers were introduced and sworn in. Hattie Harrison lead the attendees in the Pledge of Allegiance to the Flag of the United States of America.  Following the Pledge, retiring officers presented their speeches.  Graycee McNease adjourned the meeting.

To round out the meeting, FFA Alumni President Nick Rollins presented a moving address outlining how important leadership role models are to young people.  Graycee McNease and Emily Howell were then inducted into the Miller County FFA Alumni Association.  As graduating seniors, they also received the FFA quilt from Ms. Mandy Long. 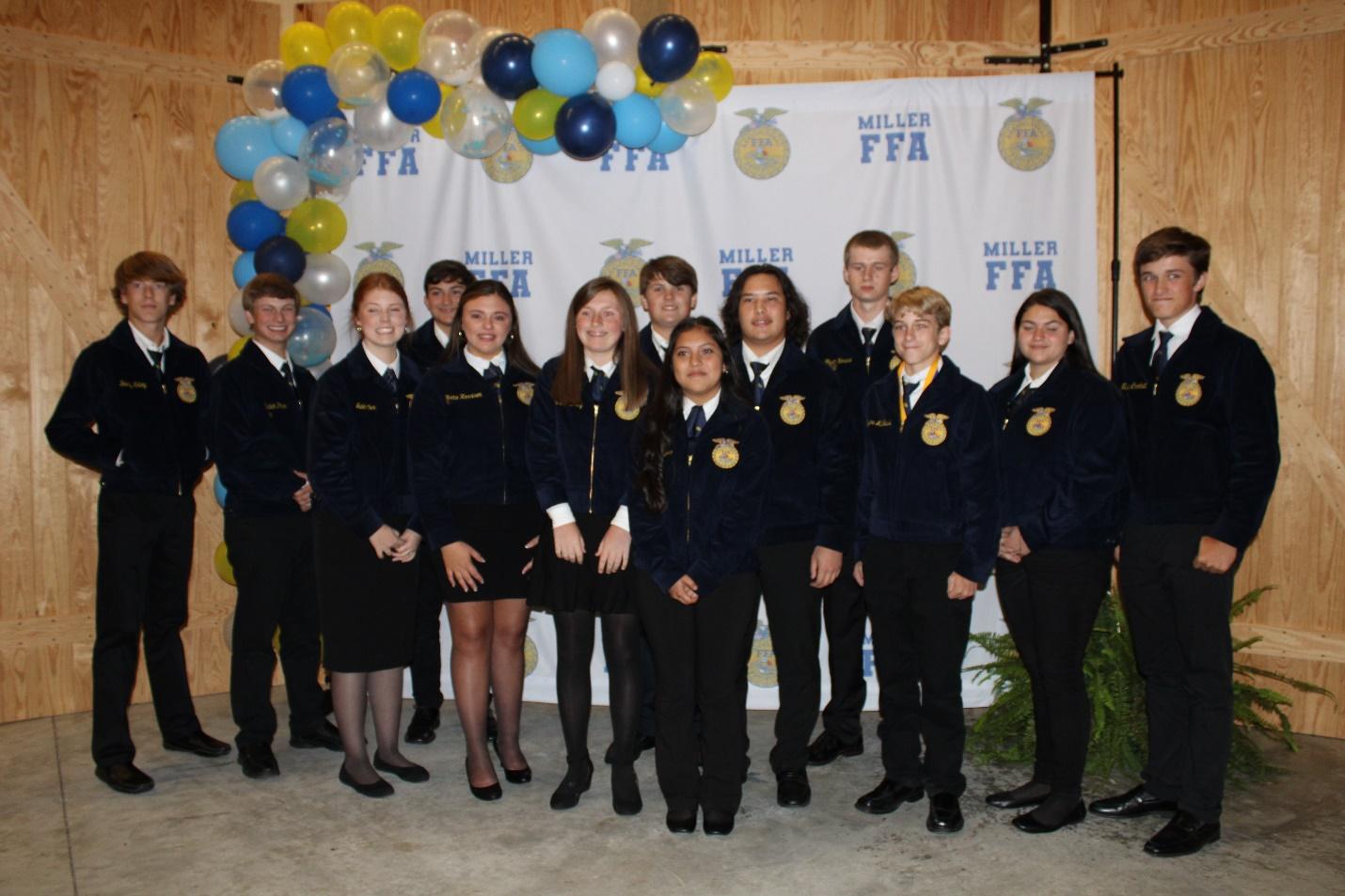 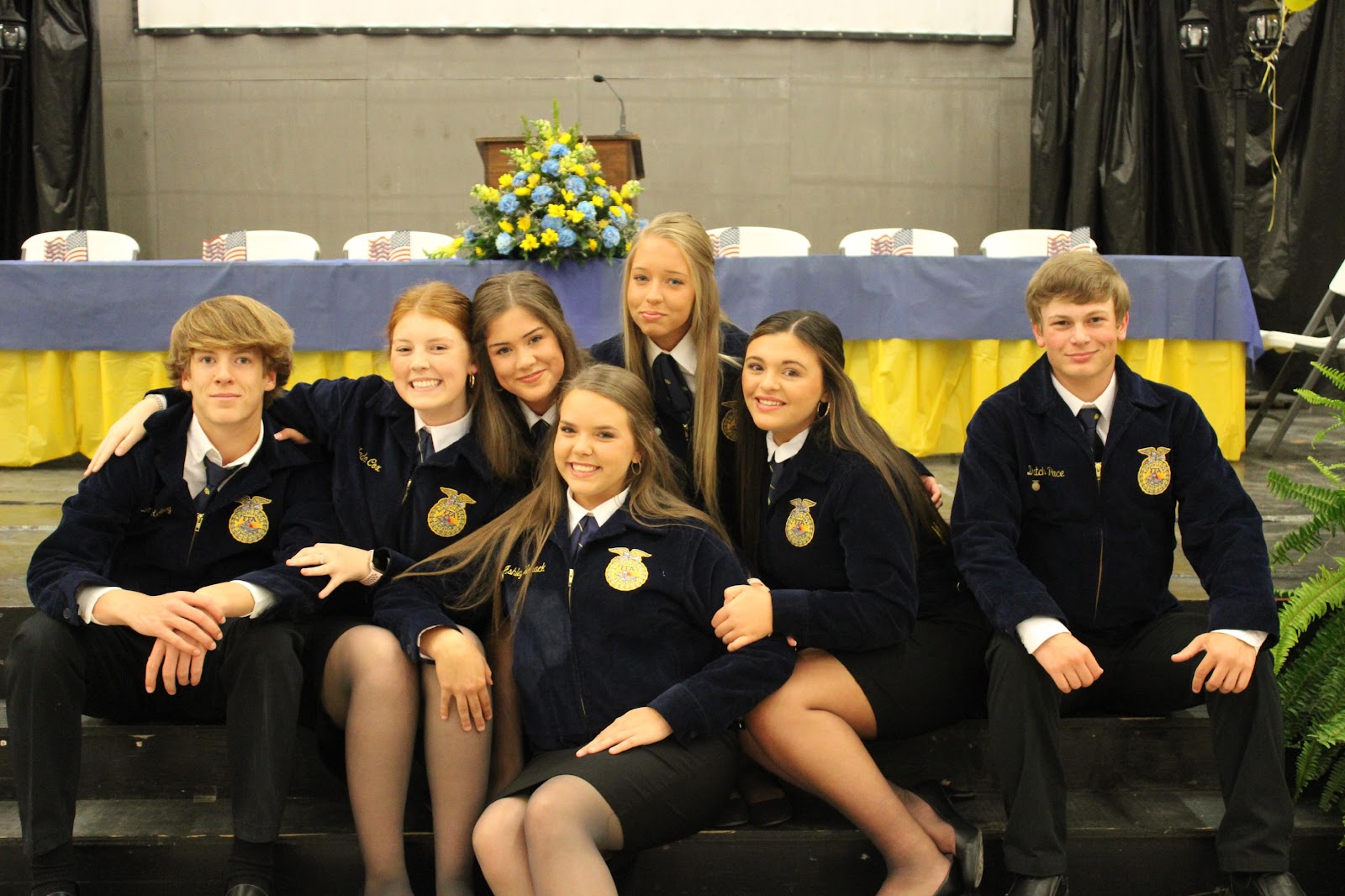 Thank you to these young men and women who are the Future of American Agriculture. These productive young men and women learn everything from the way to correctly shake someone's hand, to accountability and commitment.  All of these skills are learned through the experiences in FFA.

Appreciation goes to Ms. Mandy Long, Jason Houston, who are the FFA sponsors.  A special thank you goes to Taylor Mock, and Peyton Payne who have worked tirelessly with the students and sponsors to make this year a success.

To the parents and businesses who have given not only of their time but their monetary resources we extend a grateful thank you.